Designed to run the operator through the full gambit of possibilities with a shotgun. course will cover safety, weapon patterning, ammo selection, malfunctions, weapon transitions, loading techniques, positional shooting, stress fire drills & threat engagements from 7-100 yards. the goal: students will enhance their efficacy with the shotgun & situations that require its use. 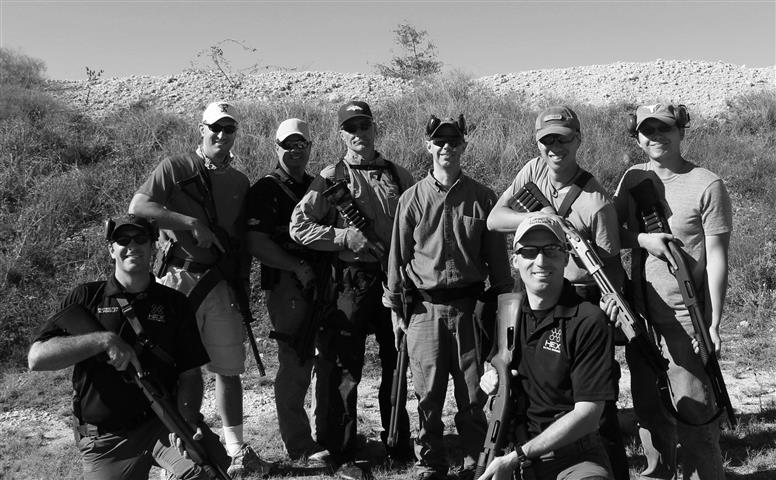 I was lucky enough to take the one day shotgun class from Hex Tactical out of Austin, Texas. My shotgun skills are sadly pretty low. When I go to the range 98% of the time it is to practice pistol for IDPA matches. I sometimes take my AR out just to get a little bit of trigger time on the AR. The shotgun platform is almost always overlooked.

What better way to get practice then by taking a class from talented instructors. I recently purchased a Vepr 12 shotgun. It has detachable magazines and is not your grandfather’s shotgun. I also brought a Mossberg 500 as back up in case the Vepr 12 had issues. 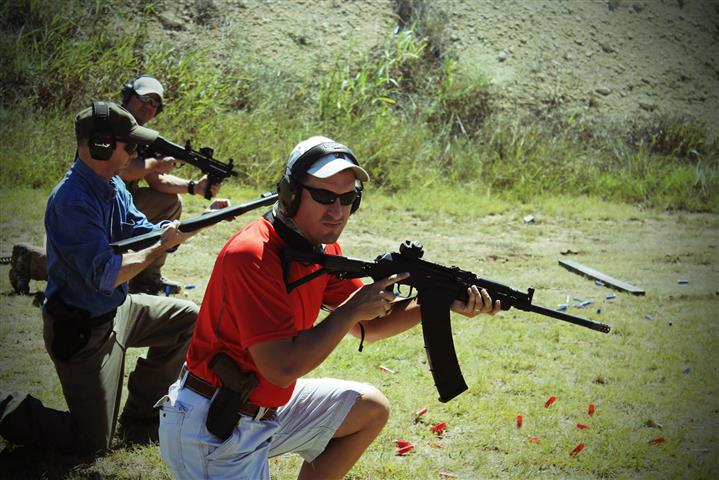 So I was the only goofball running a semi-automatic shotgun and the only detachable magazine shotgun. The course is set up for tube feed shotguns (pump of semi-auto). Tube feed shotguns are WAY more common in the real world. Thus, the course was set up for tube shotguns. Nonetheless, the course was super advantageous and beneficial to me. I mostly stayed away from my 10 and 12 round mags so I could work on my magazine reloads with the 5 rounders.

After the classroom orientation safety brief we started the day patterning our shotguns with buckshot. I was pleasantly surprised with how far I could be from target and still get the buckshot on target. We then ran through numerous drills to accelerate weapon platform familiarization. The tube feed shotgun guys learned how to load between shots. I simply worked on magazine changes. Next time I take this class I am going to run my Mossberg 500 just so I can get more training with my pump. 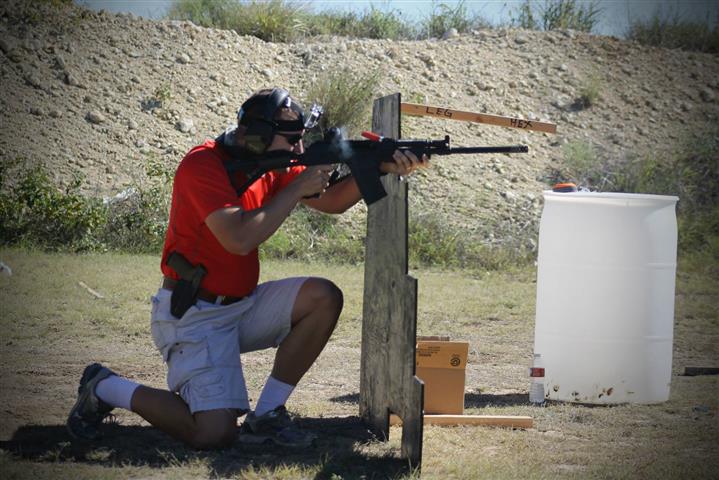 One of the cool things about Hex Tactical is that they are active on their facebook page.

Question from Facebook:  Other than breaching doors and getting birds for dinner, what is the advantage/ draw of a shotgun in place if pistol/ carbine?

Hex Tactical Resources: Good question, and one we get a lot, the answer is for multiple reasons. Any one of / or combo of hopefully answers the question…..1. AVAILABILTY …while there are on average 50K carbines sold monthly in the US, the shotgun is usually more available, and affordable. In addition ammo is almost always available at any big box store. Most police departments still issue a shotgun, but have limited department resources for rifles/ carbines….Some City Councils/ Commissioner’s Courts are more accepting of the shotgun for policing than carbines because they believe it makes the police “para-military” (to this I say wake up and read the paper) ……because of this we believe everyone should be a master of the weapon they have available….even if they would choose to use something else (be it carbine, shotgun, or crossbow) 2. HITS ON TARGET…no other weapon allows the shooter to put nine projectiles on target with one trigger pull. If one shot is all you get then the amount of shear trauma caused by 00 Buck will surely out weight that of single 5.56 or 9mm round. 3. VERSATILITY…..The shotgun is hands down the most versatile weapon we have at our disposal. Using some of your examples breaching, hunting , home defense, less lethal. The only thing required to change your weapon between configurations is the ammo selection. 4. EXPOSURE/ TRAINING….probable my biggest reason for training with a shotgun. For officers in Texas our governing agency only requires officers to fire 5, (YES… FIVE) rounds of 12 gauge a year to qualify….and I bet you can guess how many departments choose to spend more than the minimum….exactly! So if officers/ civilians only shoot it when they need to, they are not really training…..I would rather them come out train and become a master of every weapon system that they have access to. In my patrol car I carry a carbine and a shotgun, if I have a second officer riding in my vehicle with me, and I deploy my carbine , he will at least have access to a weapon superior to his sidearm. (more points of contact, extended range, greater ballistics, etc) The shotgun …while being the most versatile system, also requires the most manipulation because of the limited ammo capacity…making it absolutely crucial to train, train, train! Hope that helps?!?!?! And to clarify… I do deploy my carbine 99% of the time when I run a long gun. Great question, and thanks for the support!