“Hit the ground running with stress fire drills, positional shooting, weapon malfunctions, & multiple threat engagements at varying distances. Students should have a firm grasp of the fundamentals before enrolling in this course. The goal: students will boost familiarity & confidence with pistol engagements in various situations. There will be a strong emphasis on weapon manipulation & combat accuracy under stress. Note: this is not a CHL or marksmanship course.”

After Action Report from the Pasadena, Texas Shooting Dentist:

Class room orientation was very condensed as compared to Basic Pistol. The class was geared towards more advanced students. In Advanced Auto Pistol almost all of the time is one the range.

Some of the things we worked on at the range:

Quick review on grip, stance, sight picture, sight alignment, breathing, trigger control, and follow through. Drawing from the holster and engaging. Giving verbal commands before firing. Search and Assess (something I need to work on) after you fire and the threat is no longer a threat, break the tunnel vision and scan left and right. Search and Assess is to get you orientated to your environment after you shot. The different types of weapon malfunctions and how to solve the problems. Even fixing problems one handed!

Sul Position is a method of carrying your weapon in a crowded area without muzzle sweeping people. The pistol can be punched out onto target quickly. For this drill we used the Blue Plastic Training Glock. The students and instructors walked inside a box and the student with the training pistol had to advance through crowd safely. 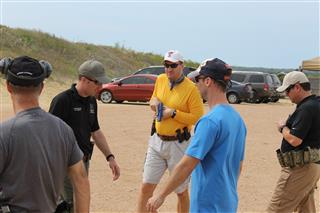 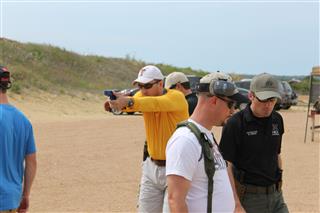 Finger off the trigger until ready to fire! 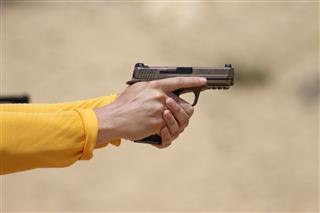 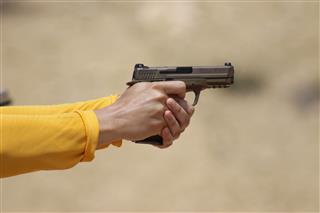 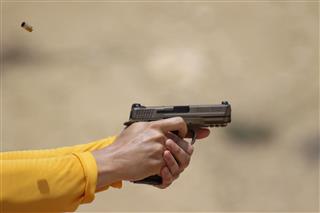 We did a drill for close contact.  This drill was right on top of the target. With the left arm you block or push your target. You get the arm up and out of the way. When you draw you get the pistol, rotate it up and wedge you hand under your rib cage. You are angling down because you want to be aware of your targets backstop. Plus, you don’t want to raise the pistol up where you might sweep your left arm. 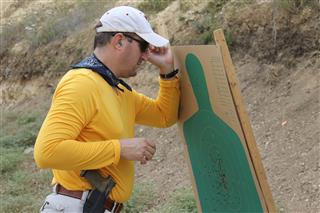 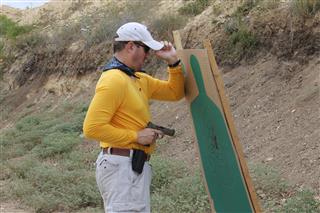 We continued doing drills. After each drill was completed Instructor Grimes or Pendley would demonstrate a new skill or teaching point. Then the class would perform the new drill. 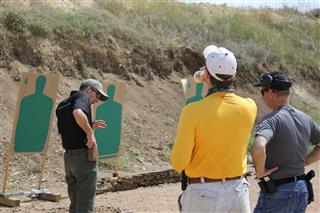 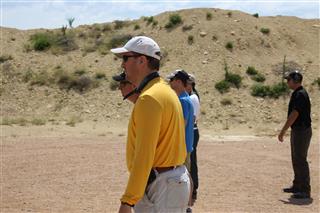 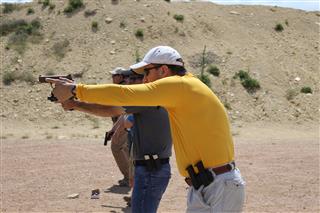 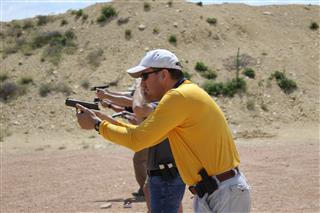 This was my first time taking a paid training class. Previous to this class, I had a total of six days of training with a dirtbike friend over the last year and a half. I’ve done a couple of IDPA matches. However, I was still a little bit nervous. There is no need to be scared or nervous. Instructors Pendley and Grimes were great. When I had a question I simply asked a question and they staid with me and explained until I understood. They are very approachable and great teachers. 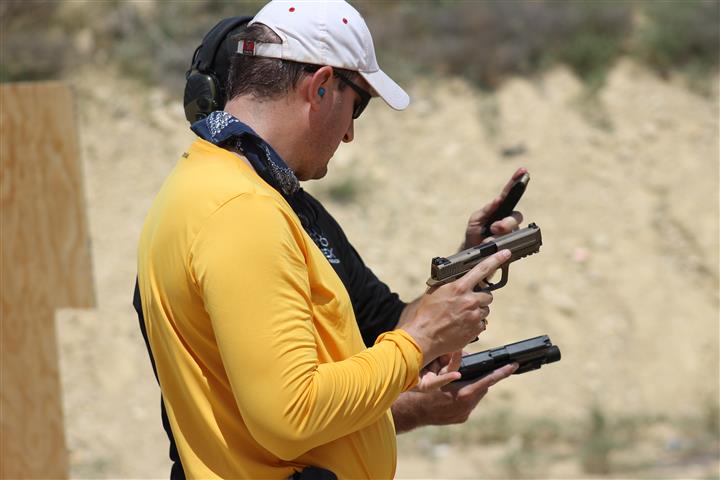 Instructor Pendley doing a demo for me. 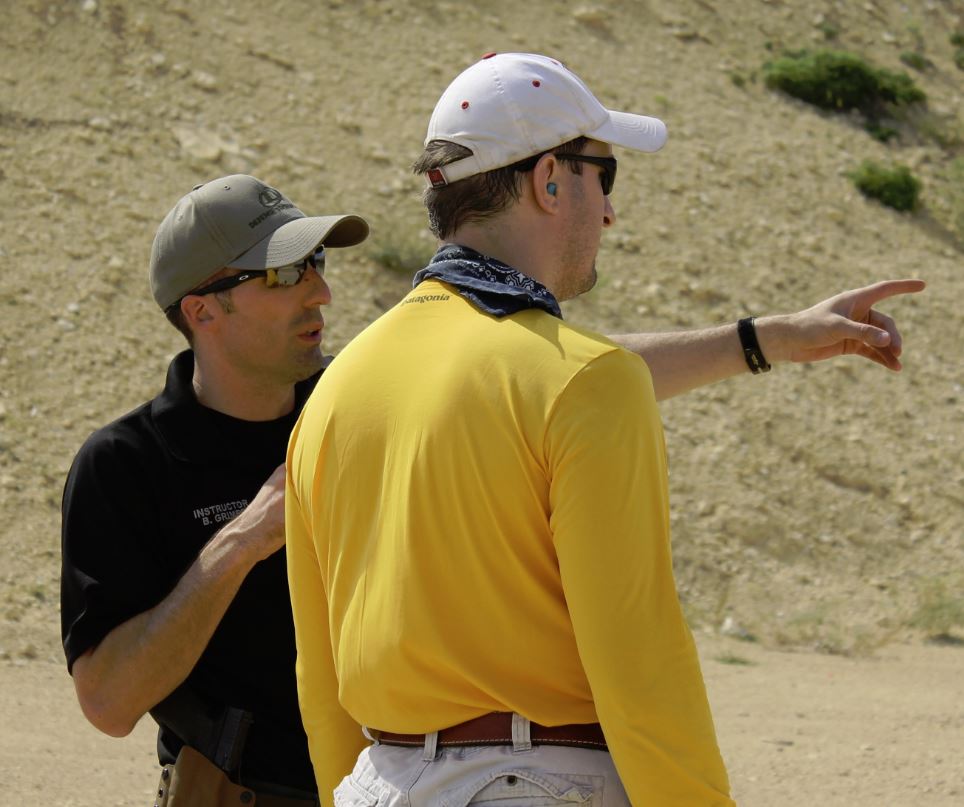 We worked on clearing malfunctions with one hand. That was interesting as I had never done that one handed. The last 1.5 hours was set up for action shooting. One student at a time would run a course going station to station. 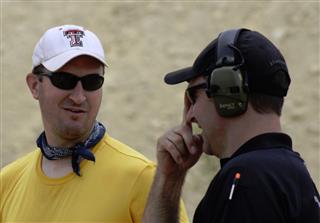 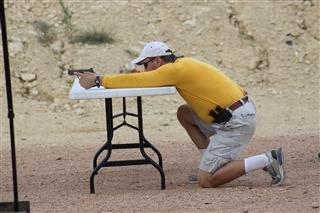 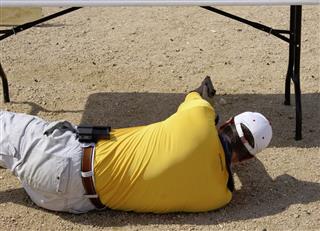 This was a  cool stage. It simulated shooting underneath a car. Shoot the target in the legs. 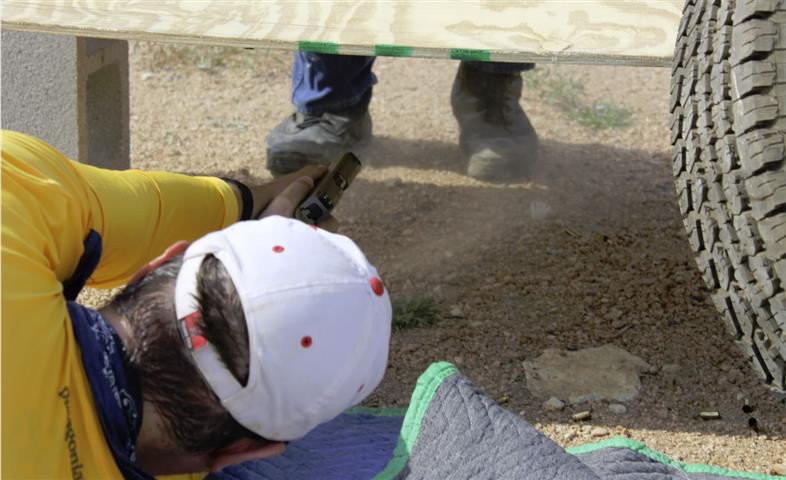 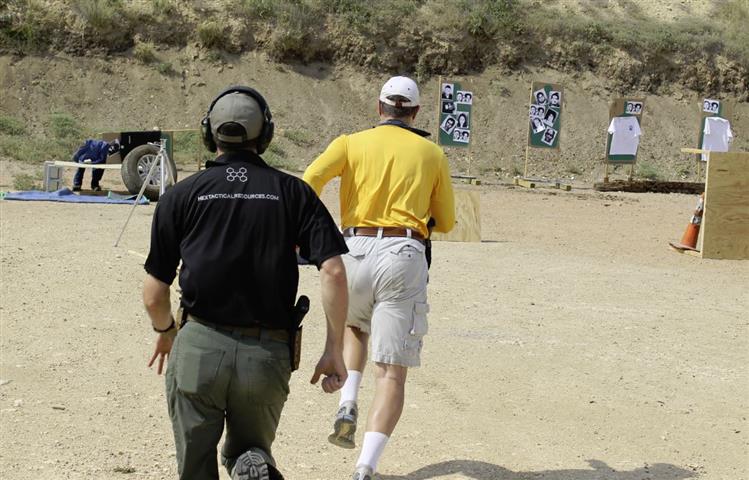 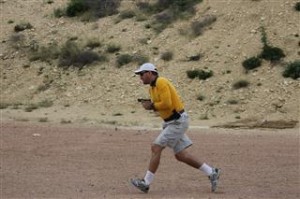 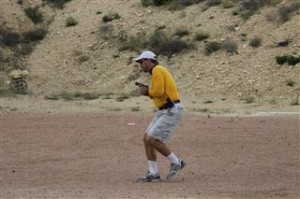 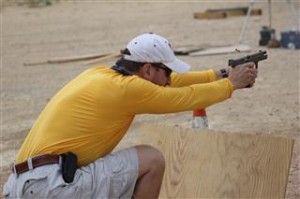 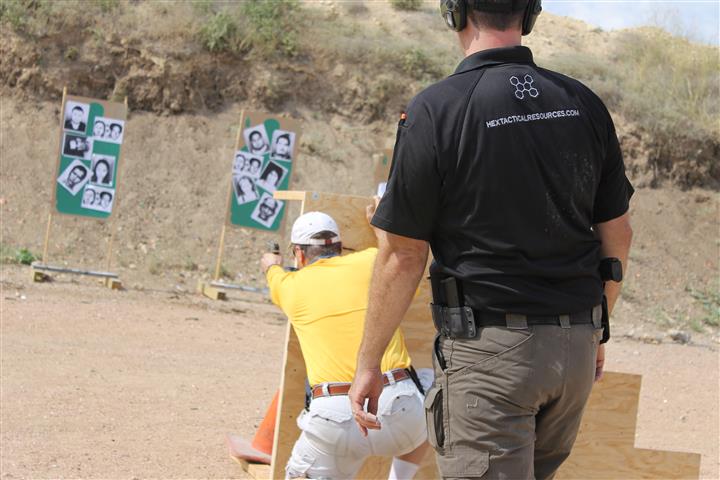 Awesome advanced handgun class. Talking with the instructors, they can easily make this a five day class. But who can take off five days of work and who has the ammo to train hard for five days? I was super impressed with Instructors Pendley and Grimes. I am going to be taking more classes from them in the future!