“This course is for new or first time shooters and will cover the fundamentals of marksmanship; grip, stance, sight picture, sight alignment, breathing, trigger control, and follow through, with major emphasis on safety. Course will cover the safe and proper way to draw from a holster or concealment. students will worked at a relaxed pace and learn to manipulate and fire their weapon proficiently. Shooters will work on reloads and position shooting.  The goal: for students to gain confidence in their marksmanship and firearm handling capabilities. Note: revolvers and .22 cal handguns are acceptable for this course.  This is NOT a CHL course.”

After Action Report from the Pasadena, Texas Shooting Dentist:

I had heard good things about Hex online when I was looking for pistol training classes. I looked at Hex Tactical’s facebook page. I read their FB page:

I emailed Hex and got fast, detailed replies to my questions. I ended up signing up for the Basic Handgun 1 and Advanced Auto Pistol (Combat Handgun). The price for two days of training was very fair. I traveled from Houston to take the classes as I could stay with my sister in Austin and Hex’s classes were lower than comparable classes in Houston.

A big kudos for Hex is deserved. In this unusual political time Hex has actually lowered their pricing. From the Hex Tactical Website:

“In light of recent events and political climate, there has been an enormous increase in firearms sales.  many dealers are selling firearms and ammunition at well above retail prices, which means that gun owners have less funds available to spend on training.   AT HEX TACTICAL RESOURCES, we believe so strongly in the value of proper training that we are temporarily lowering our current course prices.”

I arrive at Best of the West Gun range. Find the class and walk in. I was immediately welcomed by Instructors Branden Grimes and Mike Pendley. They walked up to me and shook my hand and introduced themselves. They were both very welcoming and inviting.

Class starts, powerpoint slide show listing the instructors credentials. The powerpoint went over safety rules and protocols. This is an introductory handgun class and the instructors are trying to get everyone up to speed. This presentation could be considered boring for experienced shooters. However,  the presentation was a good reminder/refresher on safety.

Time for the range: 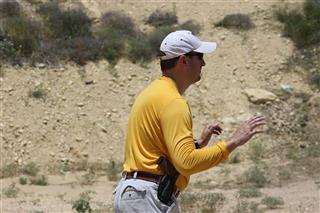 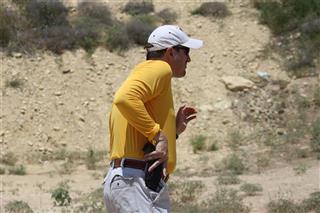 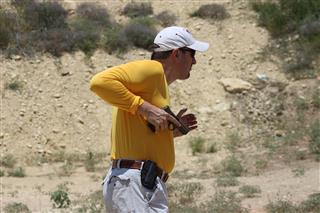 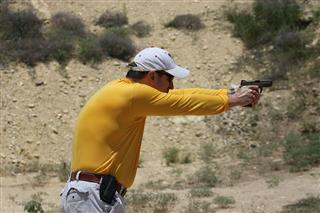 Instructors Branden Grimes and Mike Pendley gave lessons on what was outlined in the course syllabus. I consider my skill level to have barely entered the intermediate skill level. This class was set up for new shooters (there was one brand new shooter in class). For me the class was slow paced. But I was out on the range training and getting good instructions. Life was good. Even though it was slow paced for me, the drills and instructiors were very beneficial to me. For example, the class was doing the BSA (Balance of Speed and Accuracy) drill. The BSA drill is designed to see how many effective shots you can get on target in two seconds. At first Mike wanted us to get two effective shots in two seconds. Branden was walking the line and saw I was having no trouble with this. He encouraged me to push my limits. He told me to get four shots off. I did it. He stayed with me during the drill and said try for six. I ended up getting five to six shots in the time allotted. Thanks Branden for the encouragement and push. 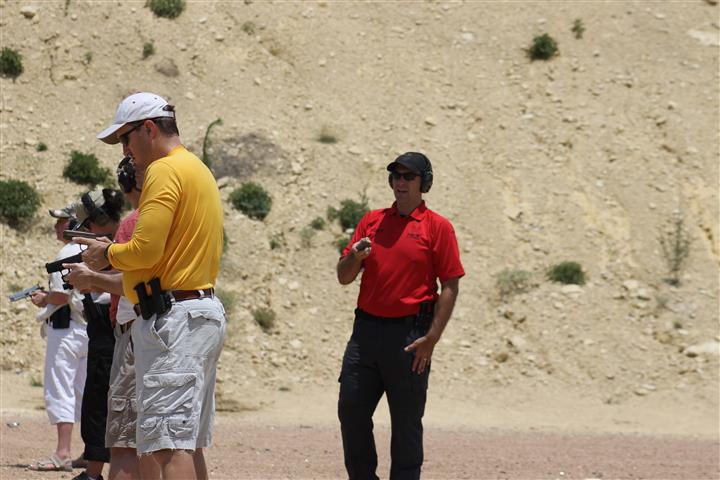 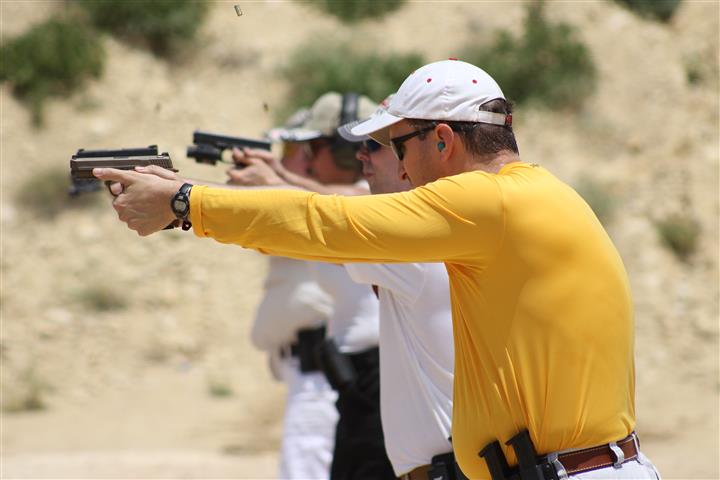 During the entire class I felt very safe. Both instructors were watching the students carefully to avoid any unsafe weapon manipulation.

Saturday was brutally HOT. It ended up being 106. The gravel radiated heat upwards!  The instructors gave us plenty of water breaks. We had two students start to get heat exhaustion. They had to get out of the sun and take a break. One even turned on her car and got the AC cranking. It was crazy hot. But with a positive mindset the class pushed on and completed the training. 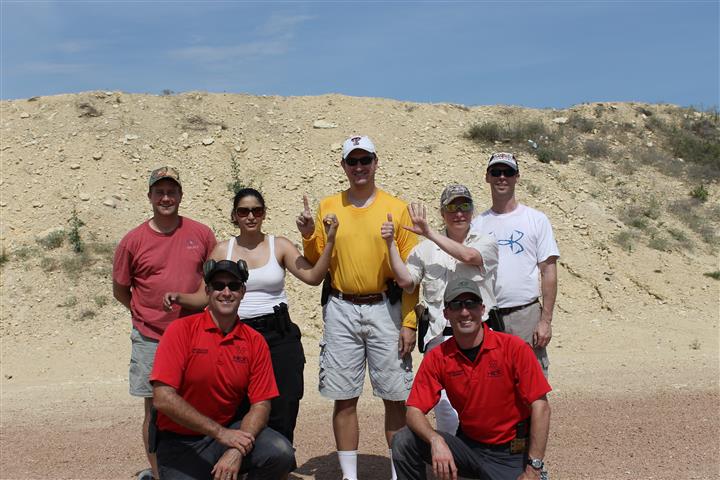 One Hundred Six Degrees Outside

Overall the class delivered on what was listed on the course description. This class is good for brand new shooters and beginners. Intermediate students can also take this class and benefit from it. All you need is a great attitude. I would recommended this class to my friends.

Did I mention it was brutally hot?