I was able to take Advanced Auto Pistol (combat Handgun) from Hex Tactical Resources. This was my second time time to take the class. (view the advanced hand gun class the first time I took it) A new cool feature that was debuted at this class was the moving target. The idea was conceived the night before over drinks and schematics written on a paper napkin.

This class was not simply just a repeat of last years class. Each class is dynamic and ever changing.  I was lucky to be shooting with a great group of guys. Instructors Grimes and Pendley pushed the students and once they saw that the students had a skill set down they pressed on. My classmates were awesome. Five minutes into class and we start to getting rained on. Nobody bitched and everyone was positive. We were able to do a lot of drills and accomplish a lot. The class was advancing very well. Thus, we were able to dedicate the last half of class to scenario drills. 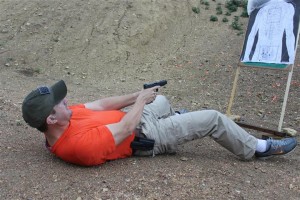 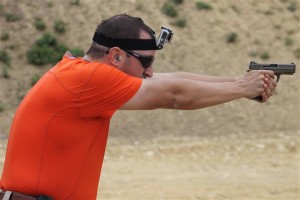 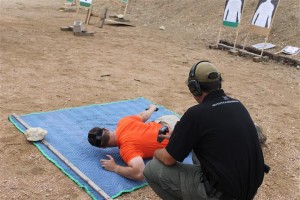 One super cool thing we got to do was shoot through a front windshield.  For, hollow points the rounds go a lot higher than your aim point. First, the angle of the glass deflect the rounds up. Secondly, the hollow points expand and cause the projectile to be ballistically unstable. Several students who brought “duty ammo” went first. Each different brand of ammo functioned a little bit different. Then everyone got a turn shooting their range ammo through the windshield. 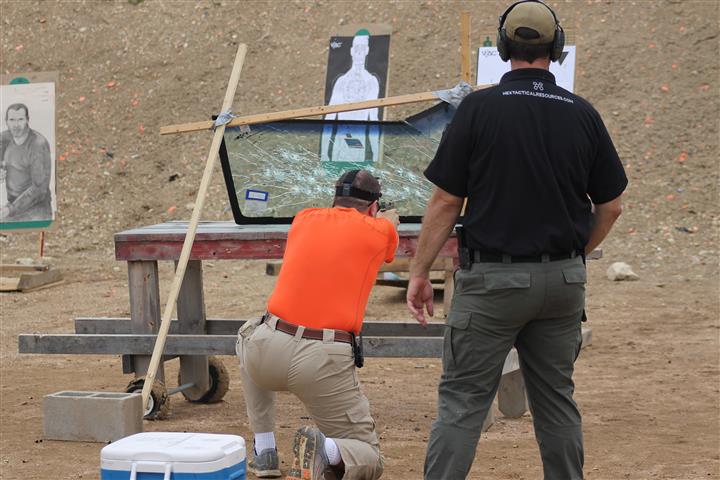 Once again driving in from Houston to Austin was worth it. I had a great time shooting with a great bunch of guys. I was able to reinforce my knowledge base and get some good training in. Hats off to Instructors Grimes and Pendley. 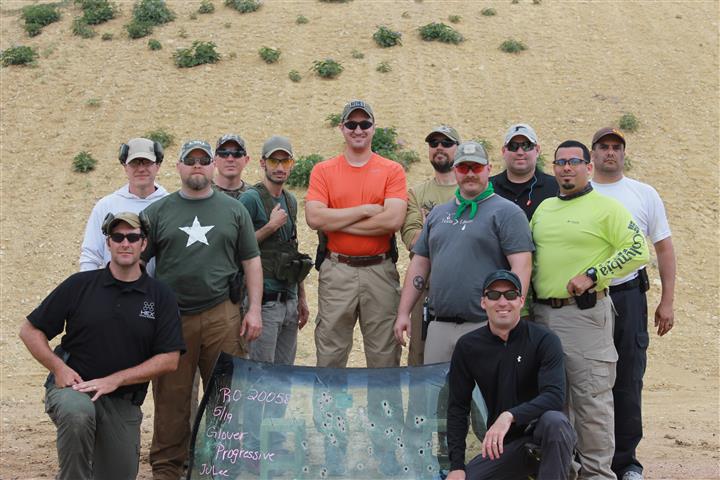