I have only been shooting for the past five years. I have an extreme respect for firearms and realize they are only inanimate objects. My guns are only machines and have no free will. A gun is just an object. Even before I took Emily shooting , I quizzed her on gun safety. I would ask her if she was at a friends house and that friend got their Dad’s gun out what do you do? Emily knows to not touch the gun, LEAVE and go tell and adult. I made her watch Eddie the Eagle video several times.

At age eight I bought Emily a single shot bolt action .22 lr rifle. I made her memorize the four gun safety rules. I will randomly ask her the rules once a week. When we go to the gun range Emily has to tell me rules when we get into the car, are half way to the range, when we get to the range, before we take her rifle out of the bad and before she gets her first bullet.

The Four Rules Of Gun Safety

1. Treat Every Gun As If It Is loaded.

2. Never point A Gun At Something You’re Not Prepared To Destroy

3. Keep Your Finger Off The Trigger (and safety on) Until Your Sights Are On The Target!

4. Always Be Sure Of Your Target And What Is Behind It!

This Spring Break my wife, kids and Mother-in-law went to Puerto Rico. Beth had a medical conference so it was a working vacation. On Wednesday I get this text from Emily via Grandma’s cell phone. 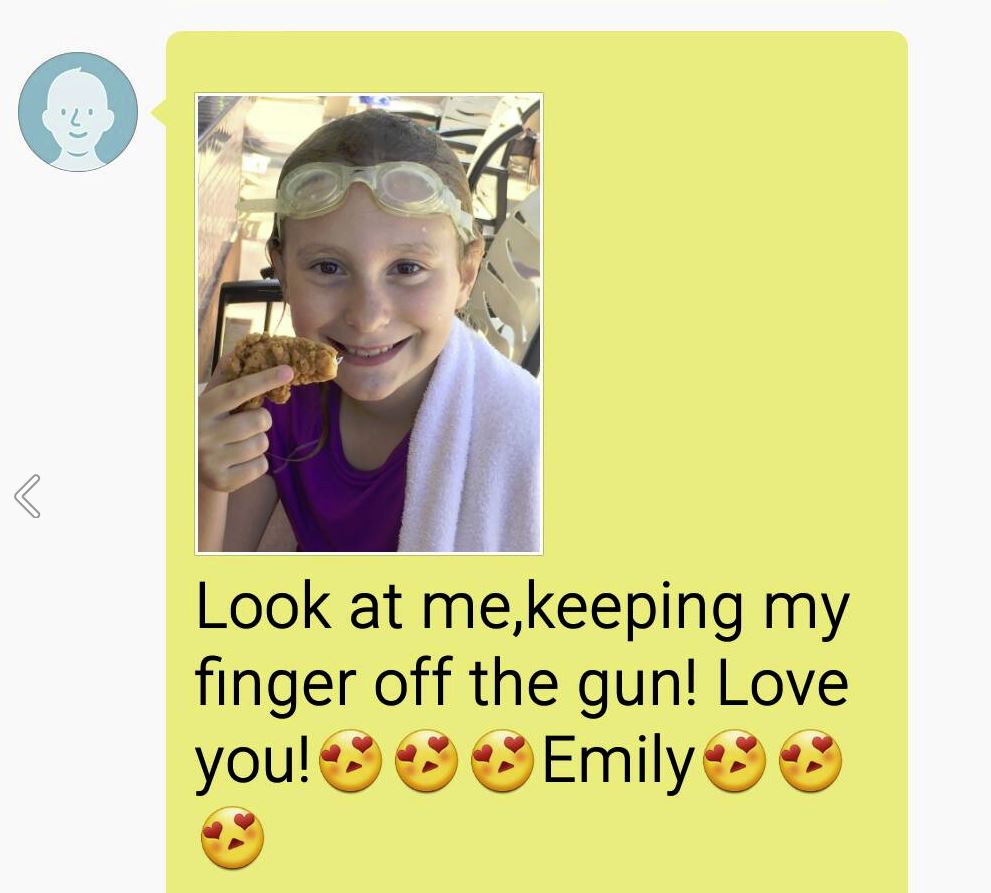 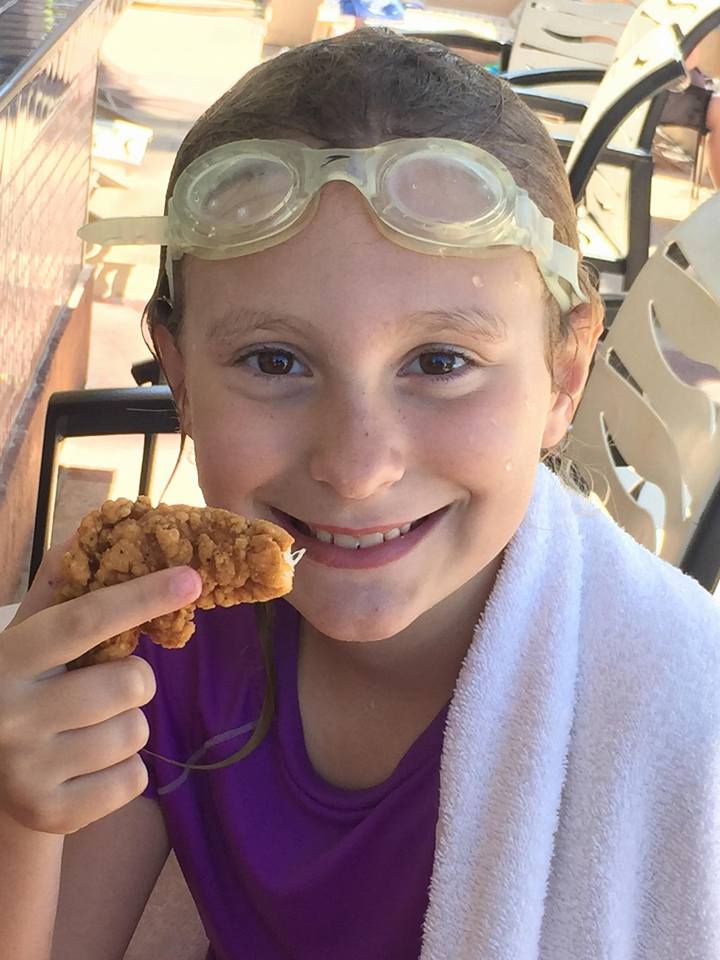 I was smiling from ear to ear. Emily has her finger off the trigger on her chicken nugget gun. It is second nature for her to keep her trigger finger OFF the trigger. In Austin she plays with her male cousin’s Nerf Guns. Emily walks though the living room with her finger indexed.

I sincerely hope that Emily continues to enjoying shooting and spending time with me at the gun range. However, if she decides she no longer wants to shoot and has other interests that is totally fine. I know that by exposing Emily to firearms and strict safety standards she will be better served in life. She will understand if someone is not following strict gun safety rules she will either correct the unsafe person or she will leave the are immediately.

I linked this BLOG article to my Facebook. One of my Dental idols, Dr. Mike, responded. He is a better wordsmith than me and wrote exactly what I was trying to convey with this blog article. Here is Dr. Mike’s response:

Love it! Finger indexed on the chicken nugget. Cute kid!

For further excellent reading from Dr. Mike, check out these blog articles.