Got to take a couple of Dentist’s out to PSC Gun Range last weekend. I usually go on Fridays and have the entire pistol bays to myself. It was a little crowded at the range on the weekend, but we were able to get a pistol bay to ourselves.

I was working on IDPA shooting. Shooting from my holster, working on reloads, and movement drills. I was shooting between 10 and 15 yards.

I was using a standard IDPA target and a VTAC Target. 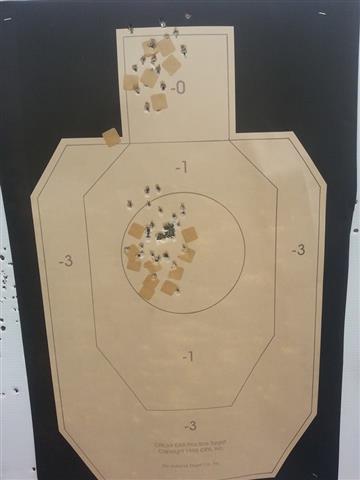 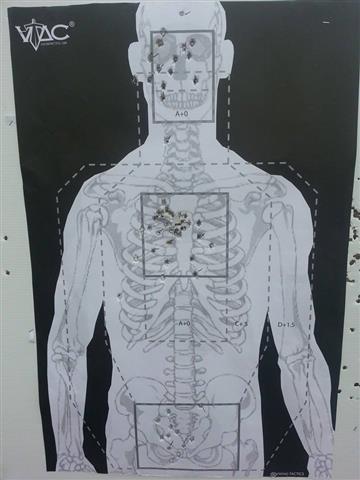 The VTAC Target Double sided to provide the most cost efficient versatile target. Realistic silhouette side provides a visible skeleton with center of gravity impact boxes and an competition style overlay to scale. The marksmanship side of the target provides four SR-1c bulls eye targets gridded with 1″ squares for easy reference when zeroing and grouping. Numbered Precision Shooting Shapes challenge the shooter up close on the clock.

It was a good training day for me. But the real fun came from hanging out with two awesome Dentists: Drs. Christopher Hoffpauir and Stephen Laman.  Chris opened up his own practice in Alvin, Texas. Dr. Laman  is an Assistant Professor at The University of Texas Health Science Center at Houston. Even though we both have DDS degrees I can’t call Dr. Laman by his first name because he was one of my instructors.  We are good friends but out of respect I still call him Dr. Laman. 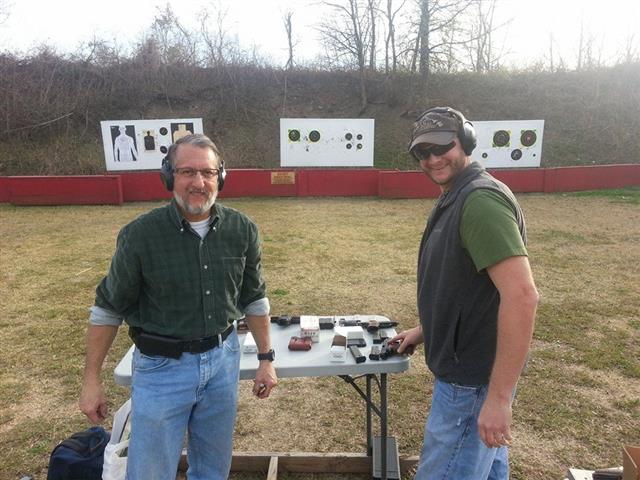 Fun day talking guns, dentistry and the Dental School. I am trying to get Chris to come shoot IDPA matches with me. IDPA matches are tons of fun and good practice to identifify your shooting weaknesses.

Michael Nugent is a General Dentist in Pasadena Texas. He has a special focus on Family, Implant and Sedation Dentistry. Michael is an NRA Lifetime, Benefactor and Endowment member. He is a Texas State Rifle Association lifetime member. Also, Dr. Nugent is an FFL. If you are looking for an awesome dental office (with gun magazines in the reception area) you are encourages to call the office at 713-941-8261.