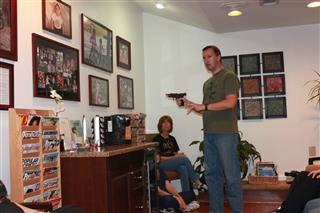 Took the entire team (plus some team family members) to an indoor gun range. On Friday we ended at noon. I purchased lunch for everyone. Then I gave a pistol orientation with an AirSoft pistol. We went over Cooper’s Four Rules of Gun Safety. I demonstrated each rule with the training pistol. Then I had the team members recite the rules. I talked about the mechanics of a semi-auto pistol and the parts of the pistol.

We then went to the Marksman gun range. I took two people at a time into the range. The rest of the team watched through the glass windows. I reinforced the safety rules , corrected stance and helped with the grip of the pistol. Everyone was shooting a a SW MP .22 lr.   I stood inches behind each shooter so I could properly supervise and make sure there were no safety issues. 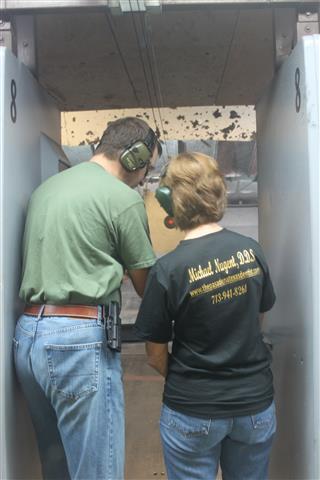 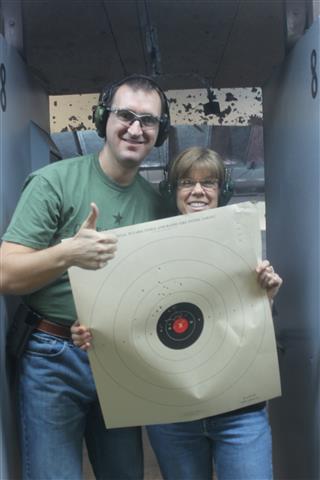 The Ladies were pretty good shots for their first time out. Shooting is like golf, you never master it. Even Professional Golfers have swing coaches and putting coaches. The ladies all did an amazing job! 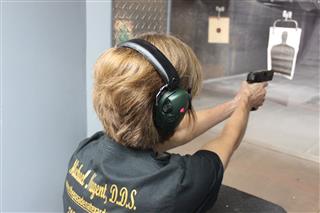 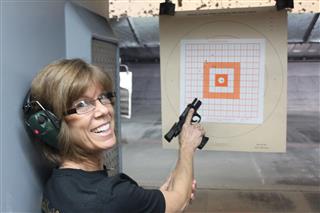 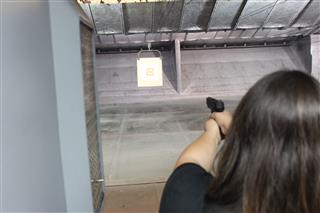 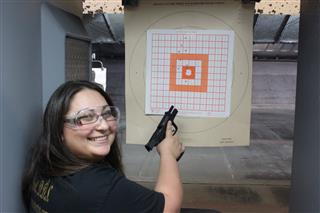 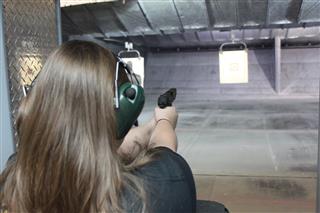 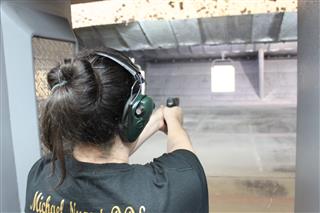 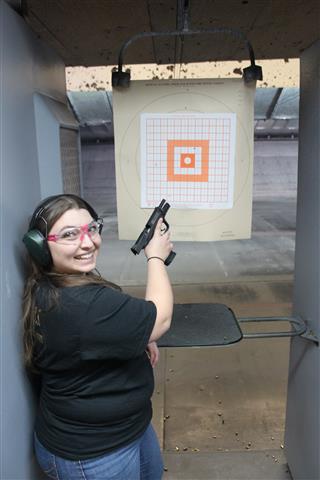 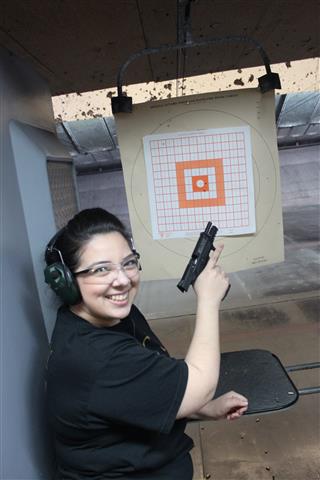 The smiles, laughter and good times was awesome.

Check out the enthusiasm. I am pretty sure Sara liked shooting! 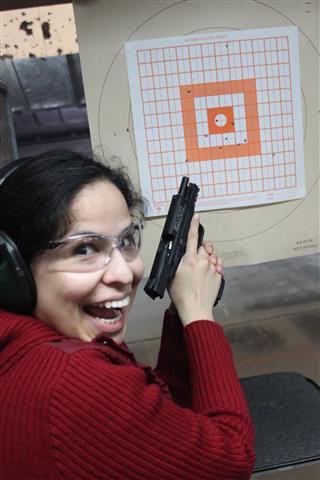 I was extremely proud on how well the shooting range day went.

A lot of my team members had never shot before. Everyone shot great and there were no safety violations.

The best 100 bucks spent on the office. The team morale and energy was off the charts!

Everyone had shot and were leaving. I wanted to stay and get some rounds downrange. I had my IDPA classifier on Sunday. Of course my team wanted to watch me shoot. I was shooting my Glock 34 at 10 yards.  Six rounds from holster as fast as I can but still trying to keep all the rounds on target. For my audience of team members I was able to get all six rounds inside the black circle. 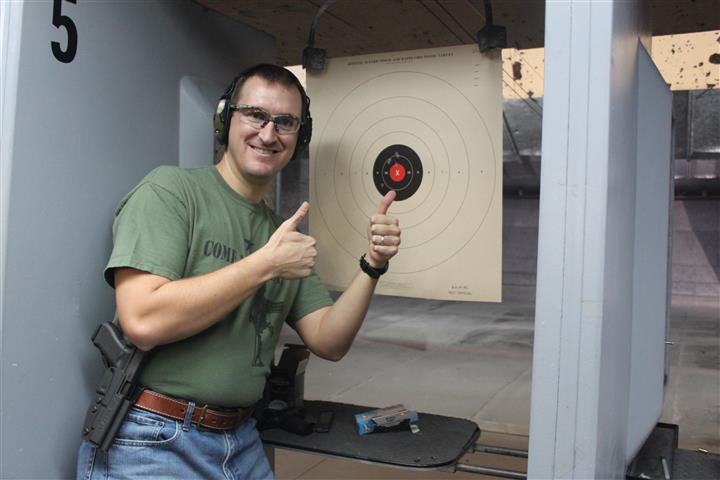 Dr. Nugent is a general dentist that practices in Pasadena, Texas. He is a CHL holder. Plus, he is a licensed gun dealer and does gun sales and transfers for patients. He competes in IDPA matches on the weekends. In Dentistry, his focus is on Family, Cosmetic, Implant and Sedation Dentistry. He has been awarded Best Pasadena Texas Dentist multiple times. With his awesome dental team and outstanding clinical skills patients from Pasadena, Deer Park, La Porte, League City, Friendswood and Houston make us their dental home. Dr. Nugent reminds you to “Brush and floss, and stay safe while shooting!”