Silencers, suppressors, and cans are used in conversation to describe a device that slows the gas from the fired round. By reducing the gas there is decreased noise and muzzle flash. The correct term is Suppressor. A suppressor does not make a gun silent.

There is a lot of paperwork involved, paying a 200 dollar TAX STAMP and a lot of waiting. But eventually, you will get your suppressor. 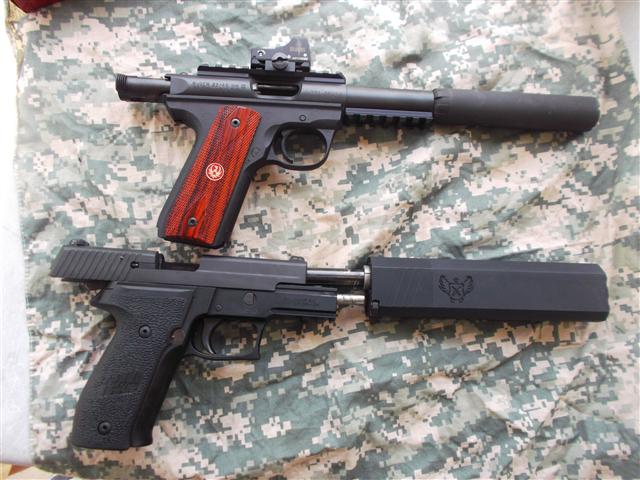 Shooting suppressed is incredibly fun. When using sub-sonic bullets the loudest part is the metal slide. Here is a video I made shooting my 9mm suppressor.

Dr. Nugent is a gun enthusiast and loves talking guns with his patients. If you are looking for a Pasadena, Texas Dentist then call our office. Dr. Nugent has been voted best Pasadena Texas Dentist multiple times.

Video of me shooting my .22lr silenced Ruger at steel plates. The impact of the bullet on steel is WAY louder than the gun.