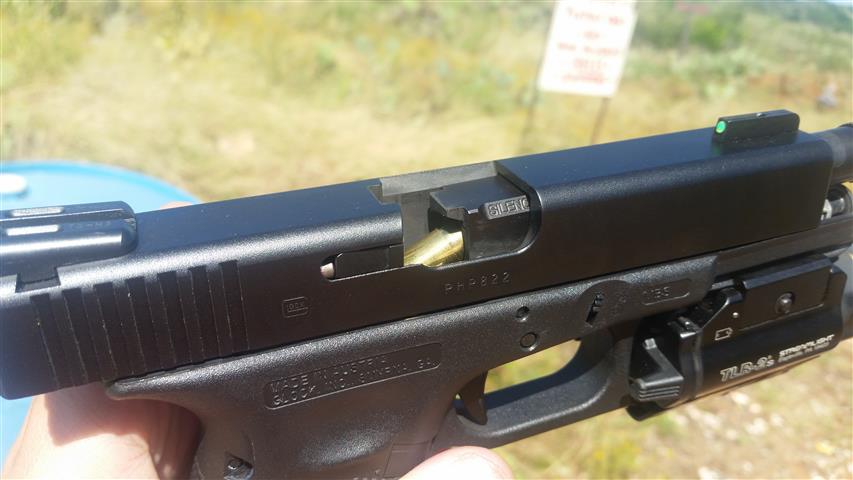 Still having problems of with the SilencerCo barrel. I ran this suppressor on a Lone Wolf barrel on my G19 and had no problems. Called SilencerCo back and once again they were great. They sent me a pre-paid shipping label and I sent them my G17, barrel and suppressor. They sent it back quickly. SilencerCo said everything was good that all they did was lube the piston and they had 150 rounds through it with no problems.

This is the video of my shooting it for the first time once I received everything back from SilencerCo.

The gun really did not like the Fiocchi 158 grain sub-sonic. This was my first time using this grain. I usually use the Fiocchi 147 grain sub-sonic and it had performed flawlessly. Using several different brands of 115 grain regular ammo and the gun ran fine. I was happy that everything was running good.

I literally forgot I had ordered a G34 SilencerCo barrel. The barrel worked great.

My Brother-in-law was supposed to come to the range today so he could shoot. He did not make it. I brought lots of toys for him to play with as he does not have any firearms. So I decided to run some of the long guns.

Michael Nugent is known as “The Pasadena Texas Shooting Dentist”. He is located at 3421 Burke Rd, Pasadena, Texas. He is a top dentist in the area. Dr. Nugent excells in family, cosmetic, dental implants and sedation dentistry.