Last month I received my Tax Stamp for my SilencerCo Saker 5.56 suppressor. I was going to run the suppressor on my new Adams Arms piston AR15. Unfortunately the AR was having problems. 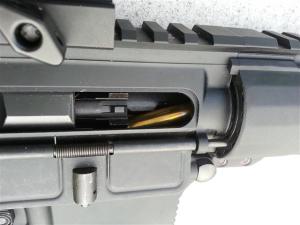 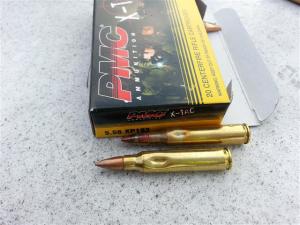 I emailed Adams Arms the above pictures and described what was happening. They sent me a shipping label and I sent the rifle back. The AR was returned quickly. Adams Arms said the gas port was on the low side of normal spec.

Today was going to be the firs time firing the rifle after it’s return. So I used my GoPro to record.

Very happy the rifle ran and ran great! I ended up putting 100 rounds through the suppressor and not problems what’s so ever. I am very confident of of Adam’s Arms rifle. Their customer service was great. All in all I am happy with my new rifle and suppressor.

A normal AR15 uses direct impingement (DI)  to cycle. The expanding gasses from the firing of the round is bled through a small hole loated in the barrel. The gas is then channeled through a very small tube where it can proceed to directly contact (or impinge) the bolt carrier. Next, the gas is pushed to the rear of the rifle, and the spent case is extracted and ejected. The bolt carrier is then pushed forward by spring-loaded action, and strips an unspent round from the magazine, loading it directly into the chamber of the barrel.

Gas Piston ARs are similar to the DI  ARs in that gas expanding in the barrel is funneled. However, instead of being forced into a tube ( as it is in a direct impingement system) the gas is contained in a separate cylinder. The cylinder contains a piston. The gas pushes the piston. The piston then pushes the bolt carrier rearward to handle the extraction and ejection process, and then is moved pushed forward where the bolt carrier picks up a new cartridge and loads the cartridge into the barrel.

My biggest decision for getting the Adams Arms Gas Piston is that it has a super easy gas adjustment system. It takes 2 seconds to alter the diameter of the gas port when you go from shooting unsuppressed to suppressed. 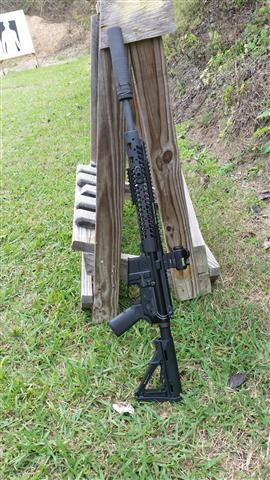 Which is better Direct Impingement or Gas Piston?

This will forever be the “Chevy or Ford” debate. There are “internet gun experts” that love one and hate the other.

There is a talking point that DI weapons have to be super clean or else they will fail to function. The gasses cause all kinds carbon fouling. However, there are DI torture test that have DI rifles shooting thousands of rounds without a cleaning and the DI rifles work just fine.

Advocates of the piston system are quick to ask, “Why would you dump hot, dirty gases where your rifle feeds?” There’s no question that heat and fouling are highly detrimental to moving parts in a firearm. The solution, however, does not necessarily require redesigning the whole gun. Fouling problems can be avoided quite easily with a marvelous little thing called lubrication. DI advocates will say “Keep your AR wet. That’s how you run an AR, your AR wants to be wet.”

DI or Gas Piston for the Average Joe? I don’t know, I’ve got both and it is good to have choices.

Michael Nugent is known as the Pasadena, Texas Shooting Dentist. He competes in IDPA pistol competitions and enjoys taking firearms training classes. He is a licensed gun dealer. Dr. Nugent is a lifetime, endowment and benefactor member of the NRA. Furthermore, he is a lifetime member of the Texas State Rifle Association.